One of the most distinctive things about Pride is the range of outfits on display. It is a chance for LGBTQ+ people to fully express themselves, their gender and their sexuality in a way they might not be able to do in their day-to-day lives. Men’s fashion at Pride can range from the relatively ordinary to the completely outrageous, but it is all important.

Before the Stonewall riots pushed activism into the mainstream, protests by gay rights groups came with a strict dress code. To avoid upsetting or offending their straight audience, men would stick to a relatively smart shirt and jacket, just as women would wear traditional dresses.

Stonewall marked a major shift as respectability was thrown aside. Drag outfits were worn alongside everyday t-shirts, shorts and trousers in the days after the riots, whilst the celebration of the first Pride festival a year later saw attendees embracing the chance to be flamboyant. Since then, Pride has become an opportunity for gay and queer men to express their feminine sides or to become hyper-masculine. Pride often represents an exaggerated performance of gender. 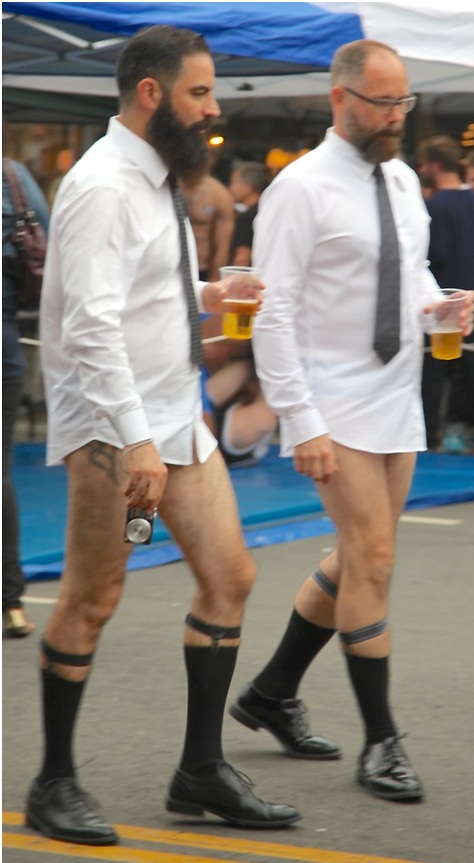 It can be more complicated for trans people, who are not always welcomed by the rest of the community. For trans men, the effort of trying to pass as cis may make the kinds of flamboyant performance associated with Pride more difficult. You may want to stick to more everyday male clothes, such as these Farah shirts from https://www.ejmenswear.com/men/farah.

Pride is a place for experimentation, but it is also a place where you are supposed to feel comfortable whoever you are and whatever prejudice you may face in your day-to-day life. For many people, their first time at Pride will involve dressing unremarkably, with more performative fashion coming with later visits. Whatever outfit you choose, you are part of a long and proud history.